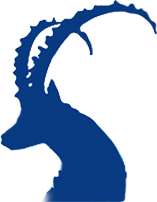 Ein Gedi – From past to present

The unique geo-physical conditions of the Ein Gedi region encouraged people to live in Ein Gedi over thousands of years. People sought after Ein Gedi’s fresh water, fertile soil and its climatic advantages.

The earliest evidence of human community in Ein Gedi are remnants of a temple from the Chalcolithic period, over 5,000 years ago. Later, from the end of the 7th century BC and until the Byzantine era in the 6th century, Ein Gedi was the site of over 1300 years of uninterrupted Jewish community.

Anthropological-physical research indicates that the region’s residents during the ancient era enjoyed good health and a long life expectancy. A perfume industry and agriculture developed in the area, and attracted people from all corners of the ancient world to Ein Gedi. The Bible tells that David hid from King Saul in the Ein Gedi caves, and King Solomon wrote the Song of Songs in the waterfalls of Dudaim cave.
Kibbutz Ein Gedi was founded in 1956. The Kibbutz belongs to the Kibbutz Movement. Its major sources of income are tourism, industry and agriculture.